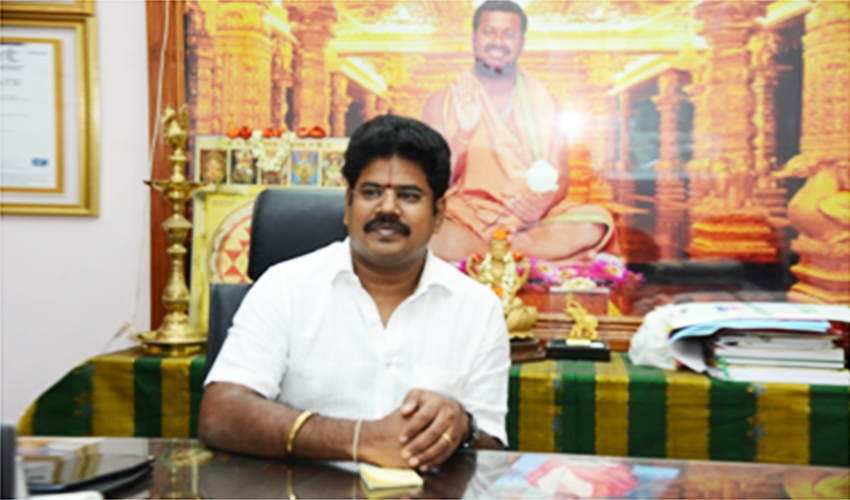 With the Divine Blessings of Our Beloved Sri Sakthi Amma, I am extremely happy to share some of my ideologies through this page. I have experienced the difficulties of a common man. I know the basic needs of men and the difficulties endured by the under-privileged and down trodden. I do strongly believe that through Spiritualism one can attain peace which can pave the way for creating a positive energy in order to help such people to uplift themselves.

Spirituality has always brought immense blessings to our nation since time immemorial which should not only nurture us but also our children and the next generation to the fullest. I wish to focus on these aspects as they are need of the hour for bringing peace and harmony in this world as opposed to crime and hatred which needs to be eradicated completely. I have been taking effective steps to eradicate some of the negative practices in our society and thereby develop a peaceful atmosphere for people from all walks of life to lead a happy and sustainable.

I have undertaken Philanthropic contributions on the instructions and guidance of Our Beloved Sri Sakthi Amma and I wish to enumerate them:

I had planned and implemented the tribal welfare program in Javadhu Hills (Jamunamarathur) and surrounding villages; an ongoing mission enabling tribal folks to live in their own habitat, Education and also conserve nature, wherein over 10 Lakh saplings have been planted in the villages of Vellore and Tiruvannamalai Districts and bordering hills/forest trails since 1997.

In addition, a new initiative, Green Sakthi took shape in 2012, which was inaugurated by the Ex President of India, Late Dr. A P J Abdul Kalam by providing 300 fruit bearing saplings to over 1638 village panchayats of Vellore and Tiruvannamalai Districts.

Currently, implementing and managing the free food distribution program known as ‘Annadhaanam’; serving hot, sumptuous and nutritious meal to around 6,000 people, every day. In addition, more than 10,000 people are served with delicious Prasadam (sacred food offered to the temple deity), every single day, since inauguration of The Golden Temple in 2007.

I have instituted a cattle donation program for farmers below poverty line to help them live a decent life. An ongoing program conducted year on year and have been instrumental in designing a program for donation of clothes to deserving tribal folk and to the rural populace. This again is an ongoing program, year-on-year.

I have also undertaken steps in conceiving and implementing a program for distribution of drinking water to villagers during the scorching summer season, as the district faces severe water shortage.

With the Divine Blessings of Our Beloved Sri Sakthi Amma, I had established one of the largest private dairy projects in Tamilnadu, India, with the objective of not only generating revenue, but also to conserve the rare breeds of Indian cows from extinction. Local breeds are renowned for their invaluable contribution towards the health and wellbeing of humankind.

I have established a women self-help group called SAMMM (Sakthi Amma Magalir Mempattu Maiyam) to develop a range of products from clothing to Pooja items and market them profitably; thus creating a sustainable model, providing employment that contributes to the social and economic welfare of society.

I had conceived and implemented the ZERO WASTE MANAGEMENT SYSTEM in Sripuram, Sri Narayani Peedam, wherein the entire waste collected from the campus and the surrounding villages are segregated appropriately complying with the Reduce, Reuse and Recycle model. A project which started with one person and one tricycle to collect waste has grown to over 200 employees with a self-sustainable model converting waste into Black Gold. This project has a 360 degree impact on conservation of environment, social upliftment and economic growth, contributing to the overall health and hygiene of the people living in and around Tirumalaikodi. This project has been a model initiative replicated by many big corporate houses and institutions and had also won accolades from Honorable Ex President of India, Late Dr. A P J Abdul Kalam.

Under Beloved Amma’s guidance, I had implemented SAAP (Sakthi Amma Afforestation Program), a plant nursery with a sustainable model to feed the afforestation program and also contribute to the development of the green belt in and around Sripuram. This project employs local villagers giving them an opportunity to stay connected with nature and conserve nature.

With the Divine Blessings of Our Beloved Sri Sakthi Amma, Sripuram Sri Narayani Peedam has received the following Awards and recognition:

‘Dharma’ describes human action that is governed by morals, virtue, righteousness, and principles. Working towards this goal ultimately leads one back to God and liberates a person from the life cycle. 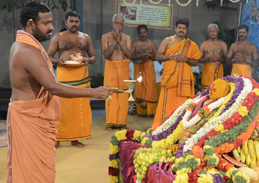 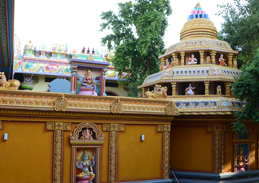 A religious symbol that appears on its own accord.